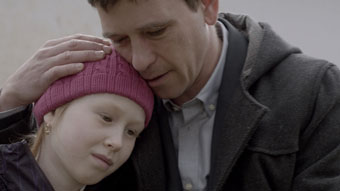 Clara attends a school concert accompanied by her alcoholic father. Slowly the 10-year-old realizes that other people are irritated by his behavior. Torn between feelings of shame and affection toward her father, Clara wants to leave the event as quickly as possible and hopes that no one will notice her father’s actions before they leave.