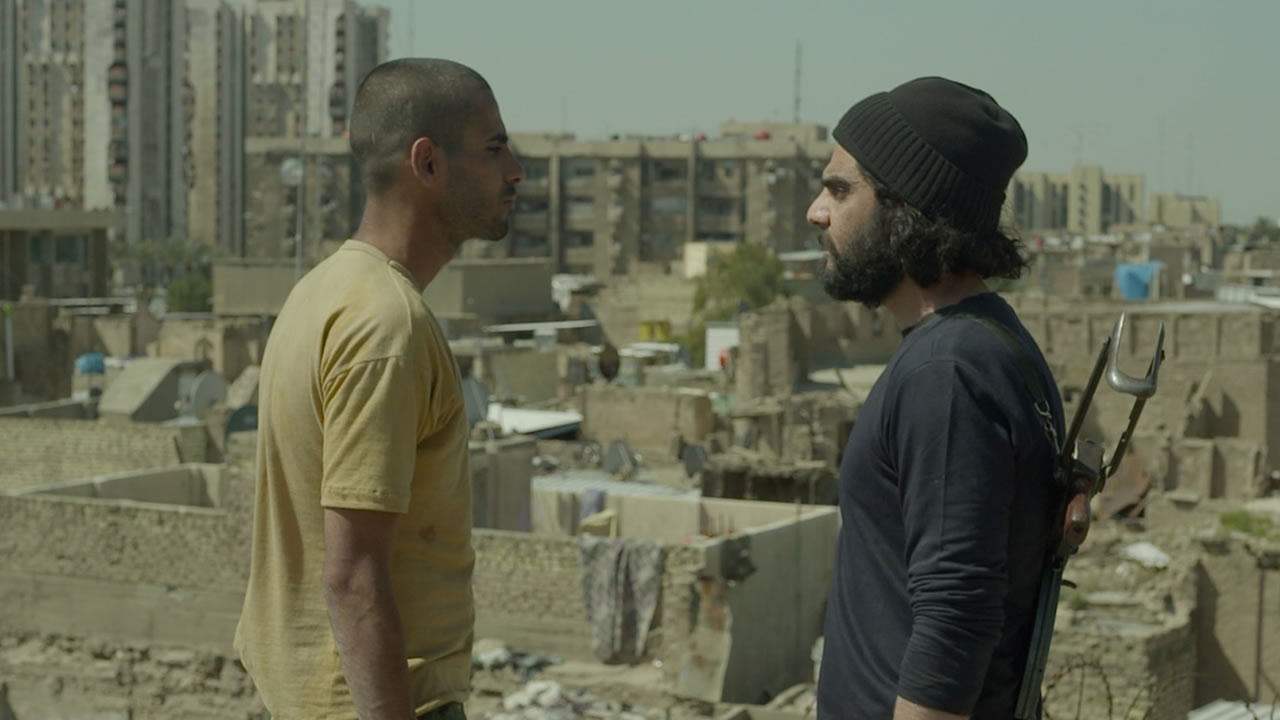 IIt’s 2006 and Baghdad is ravaged by sectarian violence. Haifa Street is the epicenter of the conflict, with masked gunmen and snipers reigning down terror for reasons and political allegiances that are unclear. When Ahmed gets dropped off there by taxi on his way to his beloved Suad’s house to ask for her hand in marriage, he gets shot by Salam, an anxious young sniper who is living his own personal hell on a rooftop above. Suad desperately tries to save Ahmed, but Salam prevents anyone from approaching him under the threat of gunfire. When her daughter Nadia elicits the help of their cunning neighbor Dalal, all hell breaks loose under the ominous presence of the American occupation.