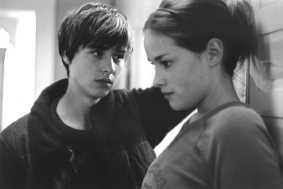 Jakob meets Wanda, a Polish au pair working in the suburbs of Frankfurt. He has just returned from Berlin where he’d spent a year at his father’s after chucking in school because he couldn’t cope with his mother’s death. But there, things didn’t work out either and so now he turns up again at his sister’s doorstep.

Petra, however, has her own problems to sort out: She has to provide for herself and her 8-year-old son, Patrick, she’s pregnant and her boy-friend has just ditched her. So Jakob has to help her make ends meet, even though he thought he’d just be passing through …