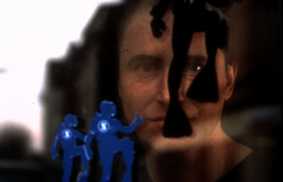 Tropical Dive, a diving school in Cologne, is the place where, after a day’s work, our heroes chill out from their daily routine. For Georg, daily routine means his job as a police officer and his marriage to Gisela; for Martin, it’s his hospital job and his family; for Dora, just divorcing, it’s her solarium, and for Cem his employment as an interpreter.

But for Marcel, the diving school’s boss, live looks somewhat different. His passion’s not just underwater photography but also Marlis, a married woman he’s having an affair with. Marcel has to face the vidictiveness of her husband, Günter, a tools salesman. The very same day Günter loses his job, he finds out about their affair …