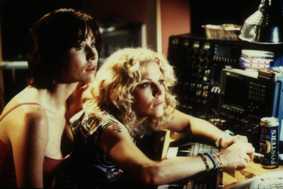 By chance, two friends, Shannon and Frances, overhear plans of a bank robbery happening in their London neighbourhood. Shannon, a nurse, and Frances, a less than successful actress, immediately decide to take action and devise a plan to blackmail the thieves. But when one simple phone call pitches them into a world of unsavoury characters under their boss, Mason, they realise they have taken on far more than they bargained for …