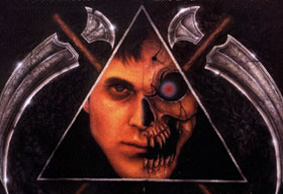 Marc, a troubled and angry young man, gets caught up with the Dark Souls, the toughest gang in the Hochelaga area of Montreal. They need fresh blood and Marc is their man. He is offered a chance to graduate from two-bit grocery store robberies to full membership into the Dark Souls. As he quickly gives in to the temptation to join the biker big leagues, Marc leaves behind his Mother and his incompetent partners in petty crime.