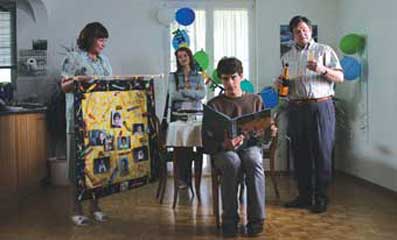 Finally of age and free. Too bad Sebastian’s father envisages him as future boss of the family-run printing firm and his mother fusses over him. Sebastian’s fed up. On his eighteenth birthday, he announces his decision to go and work in Geneva for a year as an au pair. To look after children and run a household. And to improve his French, of course. His father freaks out, his mother is distraught. Only his sister, Kathrin, thinks her little brother is being really cool …