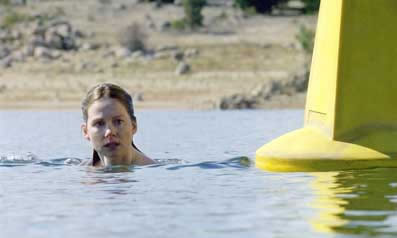 On their annual fishing trip in isolated high country Stewart, Carl, Rocco and Billy (‘the Kid’) find a girl’s body in the river. It’s too late in the day for them to hike back to the road and report their tragic find. Next morning, instead of making the long trek back, they spend the day fishing. Their decision to stay on at the river is a little mysterious – almost as if the place itself is exerting some kind of magic over them.