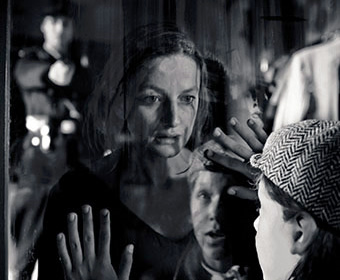 The film recounts the suffering of the Jewish family Blumenfeld during the time from January 1933 until the November Pogrom of 1938. Despite SS soldiers, storm troops and the Hitler Youth marching up and down their street, the Blumenfelds simply do not want to believe what is actually happening – until their life brutally falls apart.

The Holocaust was preceded by the social exclusion and economic destruction of the Jews, which began with the boycott against Jewish businesses on April §1st§, 1933. What followed was the systematic elimination of the Jews from all economic life, social ostracism and humiliation of people who, according to the race laws of the National Socialist powers, were considered inferior. A call for hate.