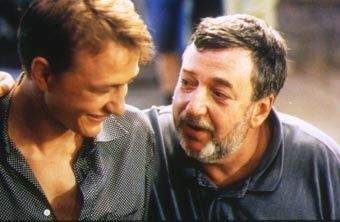 Shistes, a small mining village near Moscow. Today is a big day for Mishka Krapivin: He’s marrying Tania, his childhood sweetheart, unworried by the fact that she’s been working in Moscow as a model for several years. But today is also the day when the citizens’ wages arrive. Nobody’s been paid for six months, and now they all have to wait their turn, knowing there isn’t enough money to go round and all wanting to get in first. None of the Krapivin family welcomes the wedding. Mishka’s father anxiously watches the guest list grow, seeing every last kopeck of his long-awaited pension going to feed them.