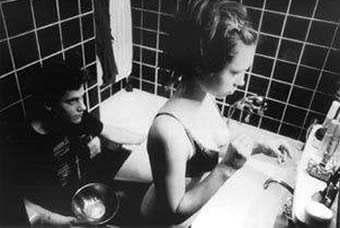 A road movie. A love story. It’s winter, it’s night in Berlin. That’s how they meet. She’s out on the street because that’s her job; she’s a streetwalker. He’s out on the street because he’s been fired from his job at the scrap yard due to his broken arm. He wants to think things over. In any case, he’s not interested in her. So they end up in bed. He wants to stay with her and he wants to leave. He’s serious. They drive off in her car and with her dog, Kurt.