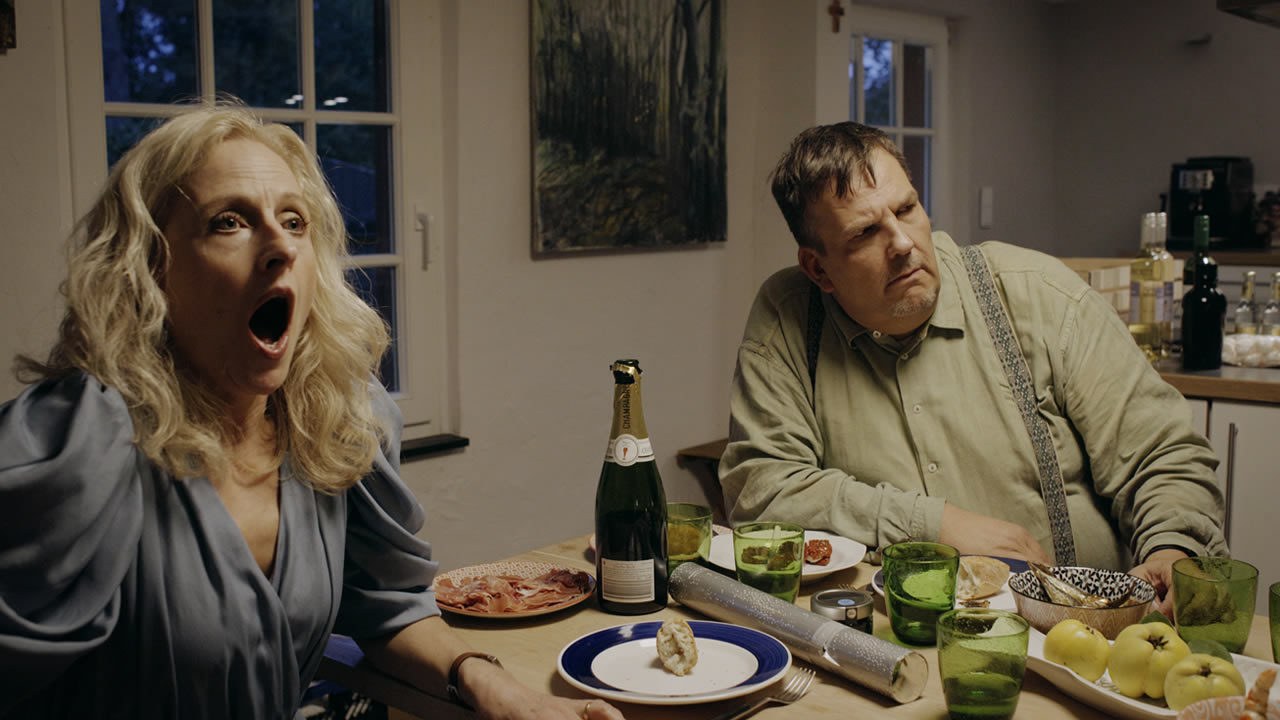 The couple Martin and Constanze Brandis plan to celebrate Martin’s 60th birthday in a secluded vacation home in a remote area of northeastern Germany. Martin is looking forward to a gourmet weekend with extensive fishing, while Constanze – a tireless self-optimizer in a midlife crisis – would rather throw a big party at home in the city. On their way to the house, the couple meet Gaby Hoppe, the owner of the rather rustic “Pizza Saloon” in the nearby village.

At this point, they have no idea what is going on in this seemingly idyllic area and who is playing which role. The only invited guest is Martin’s old school friend, the somewhat self-opinionated late-night talker Daniel Brunner who brings along his assistant and lover Lena, who is 30 years his junior. Gifts are unwrapped, champagne is opened, barbed remarks and vows of love are made. Then suddenly a stranger knocks on the door of the vacation home and asks for help in a very foreign language…