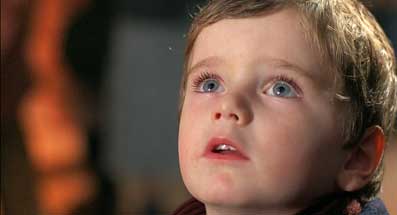 A village fête. Noise and excitement all around. The mother keeps on at litte Martin. He does everything she wants him to. But he insists on getting a red balloon… And a green one. And a blue one. And all of sudden he takes off, the crowd watching him in amazement. And his mother grows smaller and smaller. Far below him, miles away …