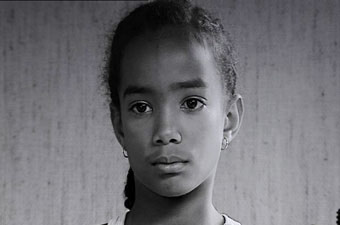 A family on the verge of a nervous breakdown: The baby’s crying, the sisters are fighting, father is shouting. Mother seizes a kitchen knife. On TV, things are getting to a head, too. The army has things under control, or so they say …