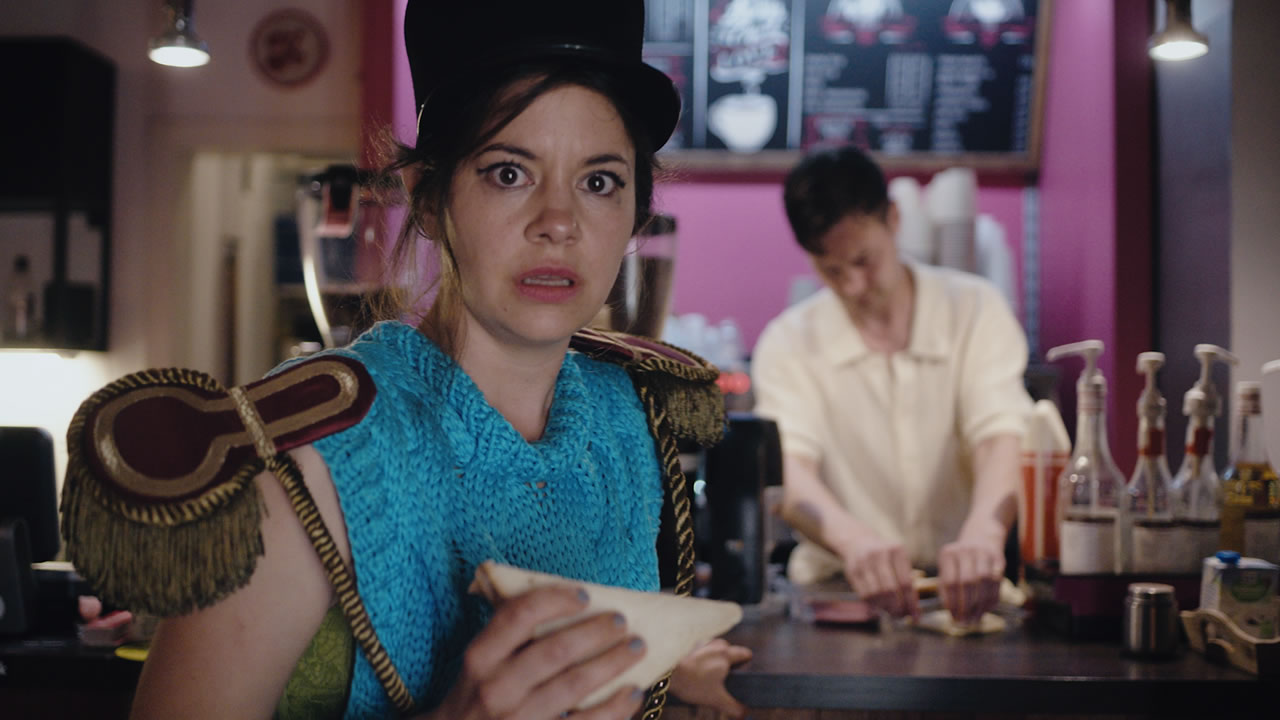 As an indebted gambling addict without graduation, the lowest rank in the army corpus provides order for Lieutenant Gustl’s personal chaos. His military degree demands obedience and simultaneously guarantees power over civilians, women, and Jews.On a feverish night, the inside of the radical loser is ruthlessly revealed. When Lieutenant Gustl is being insulted by a baker as “stupid boy”, a desperate inner struggle begins between the lieutenant’s code of honor and the fearful Gustl’s instinct for survival. The hierarchical male order demands heroic suicide – Gustl trembles for his mere life.

A one-hour Sequence Shot lets the audience gain terrifyingly detailed insight into the lieutenant’s frantic inner monologue. Karolina Horster plays such type of man who is obsessed with power, competition, and megalomania –she sets out on her way to a search for a lost soul in the hierarchical structure of society. The radical view on the novella by Arthur Schnitzler surprisingly raises today’s questions about the toxic constraints of gender and – aesthetically – discovers an exciting form between film and theatre.

PURE AIR OF THE MOUNTAIN: FOR ALL AND NONENEIGHBOURS