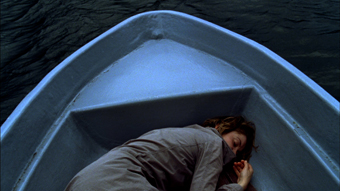 I met Veronika Lubitz more or less coincidentally and went out with her a few times. The things she told me about her life remained fragmentary. Once she told me about an experiment, another time about a crime. About a lot of men, to whom she randomly and willing gave herself. The theoretical considerations which accompanied this empirical experiment reminded me somewhat of existential philosophy. A mutual friend told me she moved to Russia, then to America. This film is dedicated to her and I hope she won’t be upset with my attempt to tell her story.