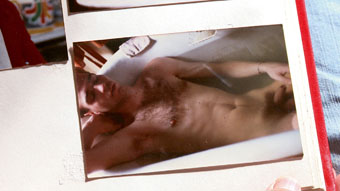 Wieland Speck was one of the first gay film makers in Germany. He also toured Germany with the first educational films on AIDS. He has long been director of the Panorama section at the Berlin International Film Festival and as such offers a platform to many gay directors from all over the world. A courageous and important man.