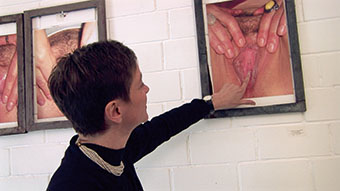 The annual pussy month in March is sexpert Laura Méritt’s invention. Not only are there pussy coloring books available, the event also boasts the Pussymat in which women can freely photograph their vaginas. But mainly Laura trades extensively with sex toys made especially for women.