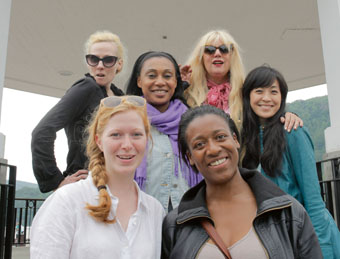 In the 70s and 80s I made quite a few successful films in New York City. For this one, I cast from Berlin via the internet and found five great actresses. Two weeks later, I flew with a small crew to New York, and within seven days we shot NEW YORK SISTERS, a workshop with six wonderful women in New York. Performance legend Phoebe Legere has a cameo role.