OUR TONGUES ARE MOVING 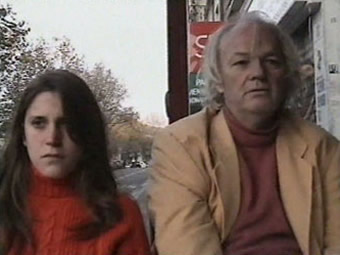 Three women and a man sit outside in a café. The café is not the setting of a story, nor are the four persons the characters of a story. In a situation enclosed in space and time certain gestures and motives are repeated, which eventually results in every attempt at a structure and even the film project itself being annihilated.