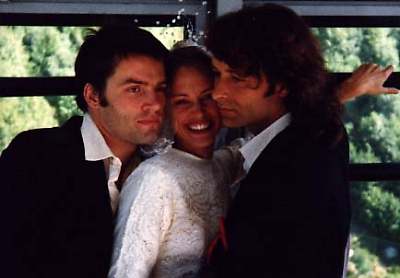 27-year-old Arno lives in the Geneva squatters’ scene. His best friend Maurizio set up a fake marriage in order to get a resident’s permit. Now his French girlfriend Nina would like to join him in Geneva but faces the same legal problems …