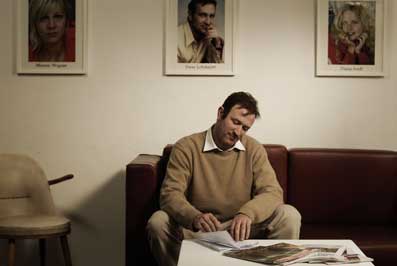 Frank Ortner is an actor. But he looks too much like Peter Lohmeyer, which stops him from being a successful one; because of this resemblance, he’s turned down at casting after casting. So he gives up acting and ekes out a living as a football trainer for youth teams, as a waiter and a postman. Until one day, a journalist sees his big chance. He persuades Frank to play the role of his life-time. In the end, though, its the football pitch that puts him to the test …