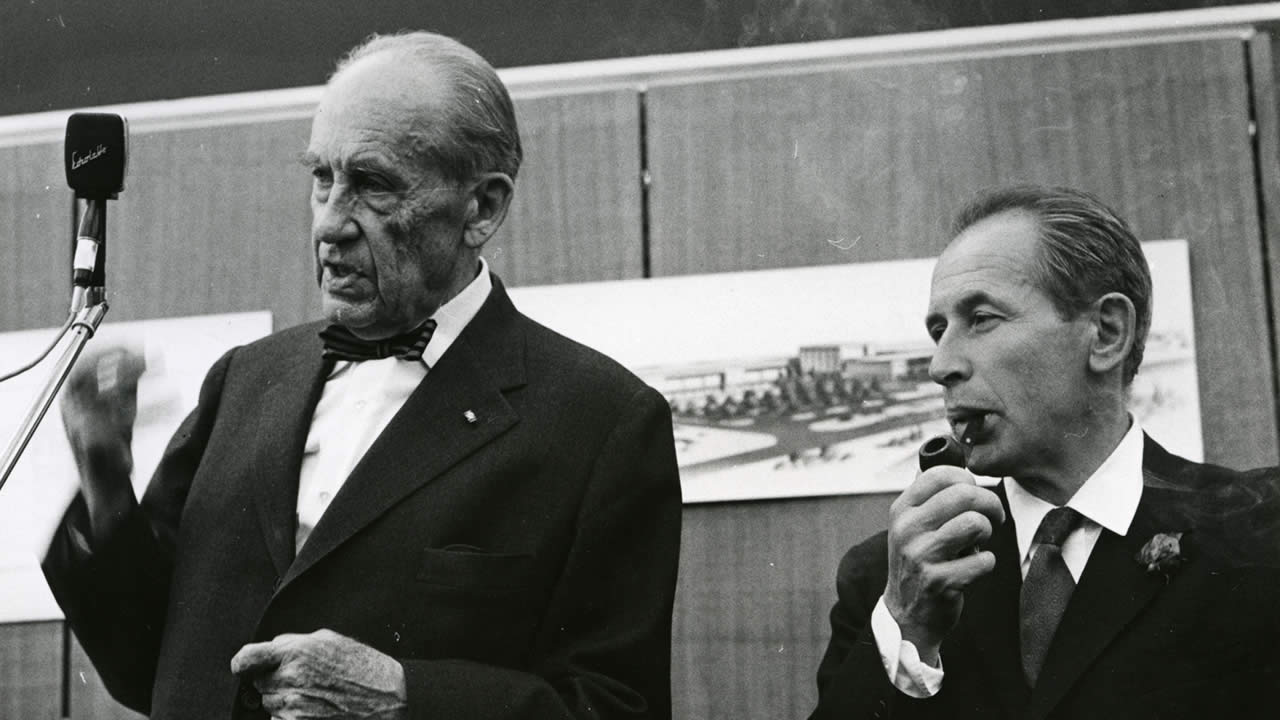 Based on the biography of the porcelain industrialist Philip Rosenthal (1916-2001), his eventful life and his extraordinary political-economic ideas, the changes in cultures, consumption and the working environment in post-war Germany up to the present are examined. Oscillating around Rosenthal’s biography, the film traces the developments in culture, consumption, politics, economics and the working environment of the past 70 years in Germany. It introduces the high social-utopian standards of businessman and SPD politician Rosenthal who collaborated with the great Bauhaus architecht Walter Gropius in the mid 60s. Gropius built two extremely modern, aesthetically advanced corporate buildings for him in Selb and Amberg. Integrated into the workflow in the two factories, unusual programs for further education, leisure and shares were on offer. Rosenthal’s burning interest was applied to the conception and practical implementation of a better working environment. He sought capital accumulation and codetermination for the working class.

Woven into the Rosenthal history the film also depicts the history of porcelain as cultural history, a history which began in China as the commodity of kings and ended in China as cheap mass production. The film examines the development of the porcelain town of Selb in Upper Franconia, from the industrial town to survival on the edge of the German zonal boarder region and to the economically underdeveloped region with hopes of tourism.