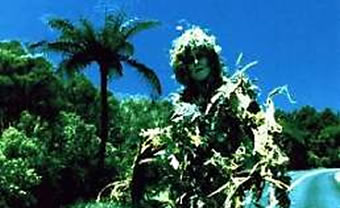 Redman works alone, patrolling the highways, the King of Roadkill with a plump fresh possum for every car that comes round the bend. Fast, furious and quick off the mark, he meets his match in Bluewoman …