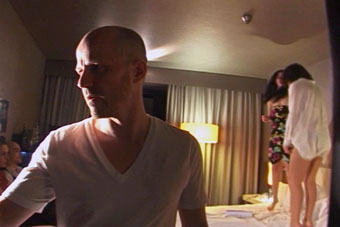 Three performers, one hotel room, one big bed. Add to it a camera and selected spectators. And the question if real, authentic sex can be performed.

Those are the basic conditions of the film which refers to Kahl’s feature film BEDWAYS from 2010. How does one delve into a sex scene? Is intimacy contrivable? The camera is witness to a playful yet serious quest for the authentic representation of the most intimate human performance: sexuality.