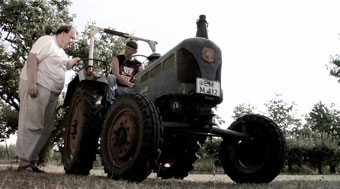 A native of Baden who feels like a stranger in his home town comes across a cosmopolitan English speaking traveller. In the course of the film he becomes aware of his estrangement and decides to leave on the spur of the moment, making space for his newly-found friend.