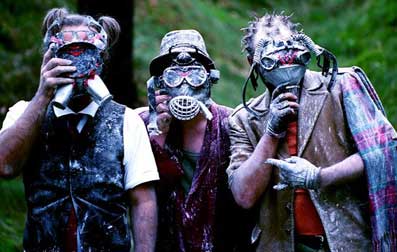 It’s been a very long time since Harry, an unemployed actor, has been asked to an audition, and never before was it a matter of 50,000 Euro. Little wonder he can’t sleep for excitement and starts wandering round the red-light district. But the night lands him with even more problems: Pediculosis pubis. “Crabs”, in plain English. John, Jack and Jim are three small “Mad Max punk parasites” on the look-out for food and some excitement. They don’t just suck out Harry’s blood, they also drive him to a top performance as an actor.