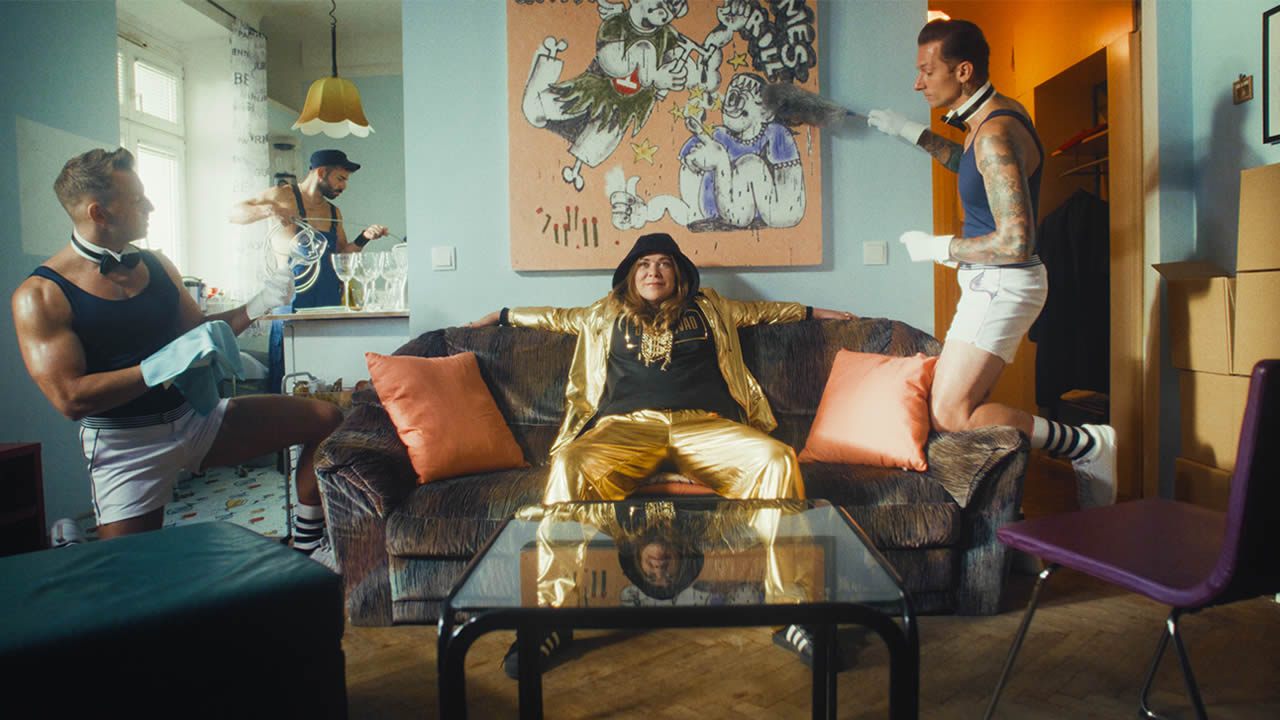 For some time now, the Viennese poet, cartoonist and call center expert Stefanie Sargnagel, who is world-famous on Facebook, Instagram and among Bachmann Prize juries, has achieved cult status with bestsellers like FITNESS. In Germany she fills large halls with her reading performances. Simultaneously, she has been confronted with shitstorms regarding her polemics against the new right.

A shrewd producer and a director quickly brought on board consider that enough material for a high-profile biopic – SARGNAGEL – “the voice of a generation!” This could very well be the longed-for star vehicle for audience favorite Hilde Dalik, who is already dreaming of the next career boost as the “Austrian Bridget Jones”: “To gain as much weight as Renée Zellweger and then win the Austrian Film Prize…”. So, as a precaution, the first research shoots begin in Sargnagel’s cosmos between call centers, municipal buildings, the Rabenhof Theater and artists’ cafés like the “Weidinger” or the “Schmauswaberl”. Inevitably, at some point the question arises: Shouldn’t Sargnagel – as an “original” in every sense of the word – herself play the leading role “authentically”, “so that this becomes a really great story”, “with free fall”, “very feminist”?