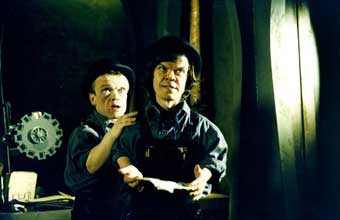 The film tells the story of Karl Johan Schaustein, an old film projectionist, who cannot die yet because his final film got lost. Story has it that just before you die, you see your whole life running before your eyes. It’s like a film. A final film. And every human being has such a final film. And we can only die after we have seen this final film. But where do these films come from?