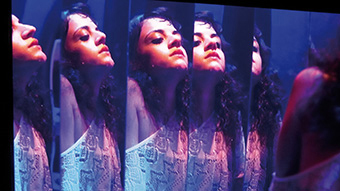 Gili is a teenager who decides to change schools in the hopes of improving her lame social status. Over the course of the first few weeks, she hooks up with several different boys from her new school. Their encounters become more and more sexual, each time exploring their limits a little further. The boys are eager to accept what is so generously offered, and Gili is thrilled with the attention. Gili is trapped in a zone where she is not certain if she is actually giving her consent.