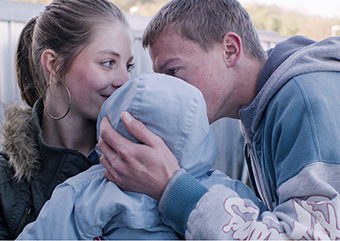 Hajo doesn’t think twice before beating the living daylight out of somebody. Hajo is 19 and extremely aggressive. Six months ago, he became a father. Instead of hanging out with his friends and having a good time, he has to take care of his son. But Hajo is fed up with changing diapers and playing mommy. He wants to work and earn money. Hajo draws up a plan, one which endangers his son.