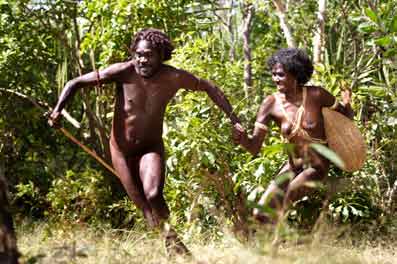 Bout time to tell you a story, eh? Then I’ll tell you one of ours…It is longtime ago. It is our time, before you other mob came from cross the ocean … longtime before then. The rains been good and ten of the men go on the swamp, to hunt the eggs of gumang, the magpie goose. One of the men, the young fella, has a wrong love, so the old man tell him a story … a story of the ancient ones, them wild and crazy ancestors who come after the spirit time, after the flood that covered the whole land …