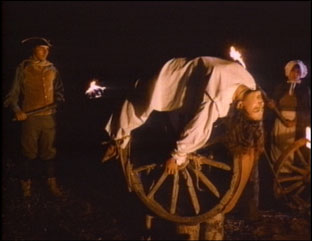 In 1693, three witches were burned at the stake and killed in the town of Devonsville. Before dying one of them placed a curse on the townspeople. Three hundred years later, to the day, three women arrive, including a mysterious school teacher, and strange things begin to happen. Could they be the reincarnations of the witches murdered so long ago?