THE MOSQUE WITHOUT MINARETS 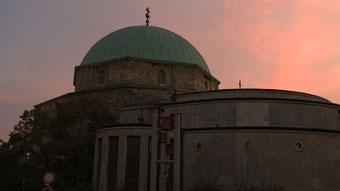 Half of Europe was built upon the influence of the Ottoman Empire and the Austro-Hungarian monarchy. The film deals with the cultural history of Europe using a house of worship with an Islamic and Christian background as an example. It used to be a church … then it was a mosque … then it was a church again! No matter which religion was practiced in this building over the course of history, people prayed here … And the moon was always there.