THE PRICE OF MILK 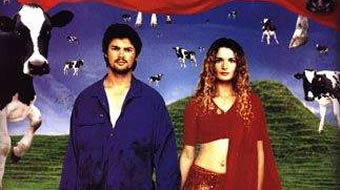 Rob and Lucinda are a young couple who live an idyllic life on a dairy farm deep in the heart of New Zealand’s lush pasture lands. The have everything they want – except children. Buth then children aren’t an issue, or are they? Lucinda would actually like to hear the patter of tiny feet (or perhaps just collect a lot of tiny shoes), but – not wanting to rock the boat – she keeps her wish to herself. In fact their only disagreement is the tug-of-war over the quilt in bed every night.