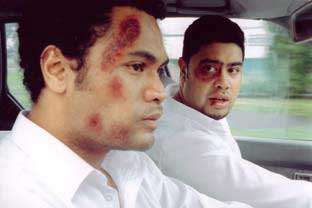 Brothers Tuna and Ioane and their friend, Frankie, drink and fight every Saturday night and attend church every Sunday morning. However, when a routine street fight puts Frankie in intensive care, the brothers’ reactions may divide their future forever …