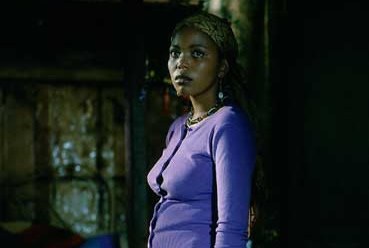 In a shantytown on the edges of Johannesburg, South Africa, nineteen year old Tsotsi has repressed any memory of his past, including his real name: “Tsotsi” simply means “thug” or “gangster” in the street language of the ghetto. Orphaned by AIDS at an early age and compelled to claw his way to adulthood alone, Tsotsi has lived a life of extreme social and psychological deprivation, heading his own posse of social misfits. One night, during an alcohol-fuelled evening, Tsotsi is put under pressure by a drunken friend, Boston, to reveal something of his past.

A bitter dispute ensues that stirs something in him, the dim memory of a life before this one … and he recoils from it. Fleeing into the night, he shoots a woman outside her home and steals her car. Inside the vehicle, though, is an infant, and Tsotsi finds himself unable to dispose of this added complication quite as ruthlessly as one might expect. Instead, he feels obliged to care for the child …