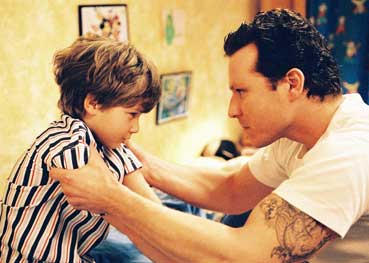 Jenny loves her life, her husband, her son, Tim, and her home in the suburbs. One afternoon she returns from her girlfriend’s, Sandra, to find her son in the cellar, distraught and crying. Tim takes her to the woods, where Sandra’s 7-year-old daughter, Liza, lies dead in the snow. Several indications imply that he is somehow connected to her death. In order to protect her son, Jenny warns him not to tell anyone the truth – not even Michael, his father, who, as a police detective, is in charge of the case.

Jenny firmly believes she can protect Tim and her family without realizing that her son is crushed by the weight of their secret. Tim becomes more and more rattled and rebellious, invents weird stories, can’t sleep at night and suffers from nightmares. When his formteacher, Frau Pötter, tries to talk to Jenny about his strange behaviour, she smoothes over the issue. The changes in his son and Jenny don’t escape Michael, either, but his attempts at talking to Jenny remain half-hearted. He, too, closes the eyes to the signs that his family is breaking apart.