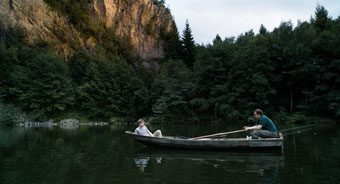 The budding friendship between the unmatched neighbors David and Robert takes a tragic turn when David runs over and kills a woman. Upon Robert’s insistence, David agrees to abscond the scene of the accident. While Robert hopes that the situation will bind his new neighbor to him, David is plagued with feelings of guilt.

When he meets Vanessa, the victim’s sister, he thinks he can make up for his crime. But he didn’t reckon with Robert. Robert is prepared to do anything to have his neighbor all to himself.