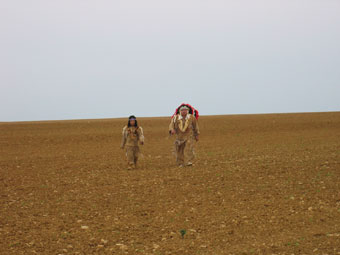 Urville is the most modern city in the world. It’s on an island in the Mediterranean and is connected to the mainland by a ferry. After sunset, Urville’s skyline can be seen from the Riviera. They say that everyone is equal in Urville. There are no jails, no ethnic conflicts and the divorce rate is incredibly low at less than one percent. Solidarity is even a school subject in Urville.

Urville is fiction. Some have seen it or at least know where it is, others consider it a reflection in the water off the coast of Corsica. And Urville is reality. There are three villages in France by the name of Urville, and the inhabitants of each Urville are certain that their village is the most beautiful in the world. Champagne flows from the water faucets and can heal diabetes and Alzheimer’s. Elections take place in improvised closets and the political opposition if the self-appointed real estate agent and Indian. No one is afraid of death in Urville, but the town is located directly next to one of France’s largest nuclear power plants. In case of an emergency, iodine tablets are to be distributed. Without a GPS, it is impossible to find the place, detailed maps can be helpful, but sometimes it is not even recognizable with a telescope. But those who find the place soon realize that legends are worth believing in.