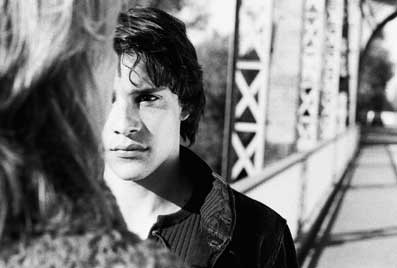 Elsa Seifert, a successful probation officer, is totally wrapped up in her job. She lives with Raimar, the father of their daughter, Daniela. When the young girl moves out of her parents’ home, cracks start to appear in Elsa’s daily life. All of a sudden, she starts questioning time-honoured routines. Instead, she becomes receptive to anything that promises new, intense sensations.

Jan Winkler, her new probation candidate, tempts Elsa with his undisguised offers to sexually subjugate himself to her. She is drawn into a maelstrom she can’t extricate herself from and gets involved with Jan. Together they celebrate, even stage their desires and, in doing so, create they very own sexual cosmos. And Elsa’s life starts coming apart at the seams …