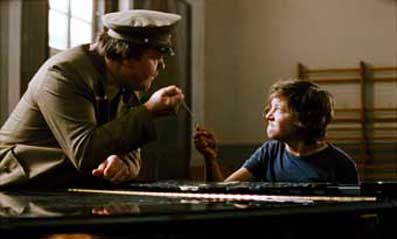 For over 60 years, 80-year-old pianist Traude Krueger has been teaching music in a women’s prison. But in all those years she never came across an inmate like Jenny: a killer who smashes everything in her vicinity to pieces, just for the fun of it. But she once used to be a great talent. And beneath her fierce façade, she still is. She could even win a prestigious piano contest that she’s allowed to take part in despite her prison sentence. But a contest is no challenge for somebody who wants nothing but for life to stand still.