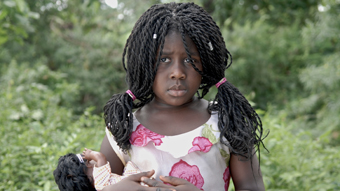 Ever since her birth, 7-year-old Nabila has lived in two worlds. On the one hand, she is the daughter of African immigrants and is familiar with their cultural values. On the other hand, she has never stepped foot on the African continent. She speaks better German than her native language and her best friend is a German Turk. Nonetheless, Nabila is looking forward to her first trip to her family’s homeland, if for nothing else than the big party and all the presents she has been promised. What Nabila doesn’t realize is that her parents have planned the trip in order to irrevocably instill their daughter’s cultural identity with their centuries-old and extremely barbarous rituals …