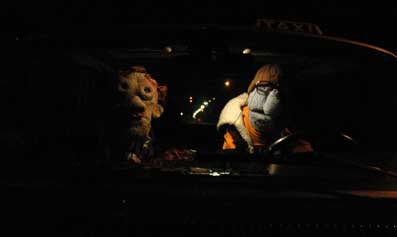 And they lived happily ever after … But what would their lives be like if they really haven’t died? The film shows that nothing’s like it used to be. Six characters, three stories and one night – a night in which their pasts catch up with them.

THE KANGAROOALL PEOPLE IS PLASTIC