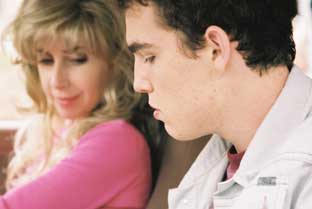 At a seedy motel in the middle of the night, teenage Roy and his flamboyant mother Elizabeth quickly pack their things, skipping town without paying. But when Elizabeth is wracked by a violent cough and the pair just barely escapes the furious motel manager, Roy realizes this road trip has gone on too long. Anxiously, he begs his mother to return home to her husband, Roy’s father. But Elizabeth refuses. Instead she makes plans to find another motel, even better than before. So Roy looks for solace elsewhere …

NO ORDINARY SUN13 DAYS OUT