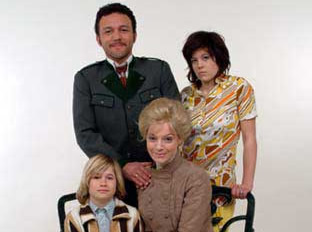 10-year-old Jonas lives in a small, provincial town with Clara, his mother, and Marie, his 18-year-old sister. He dreams of the big, wide world where he can be with his father. Not knowing much about him apart from the fact that he’s a long-distance lorry driver, he phones the radio at night and sends him his regards. The letters he receives from his father talk of foreign countries and of the sea. One day he’ll travel with him, of that Jonas is sure. But at the same time he senses that something’s not quite right. When shortly after his 10th birthday the wraps come off the well-kept family secret, Jonas’s world falls apart …