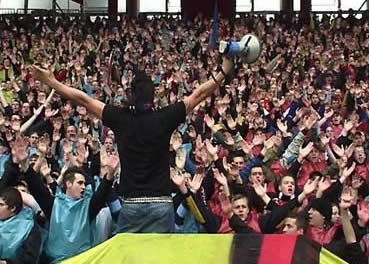 With every match, Tobias Haufner is at his team’s service. As cheer leader of the FC Basel he’s in part responsible for the atmosphere during the match. He strikes up the songs, determines the rhythm, animates and choreographs the fans. It’s all about the interplay of energies and emotions, the way the cheer leader senses and returns them, the way he deals with his fans. Or is it rather the match itself that carries and guides the people?