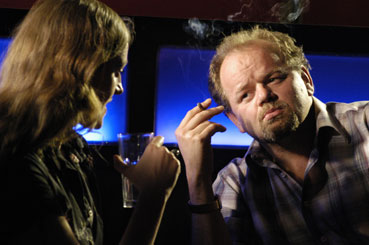 Kaspar is celebrating his thirtieth birthday with his pregnant girlfriend and his friends when an elderly, dishevelled-looking man appears, helps himself to some champagne and eventually disappears again. After the party, Kaspar discovers the stranger in his front garden. A fierce argument ensues during which the man introduces himself as Kaspar’s father, Wolf. Together they look up Eva, Kaspar’s mother. It’s the meeting of a family that so far never existed.

In the following hours, Kaspar and Wolf slowly get closer as they talk and try to convey as honest a picture as possible of themselves. In a nightclub, they drink to their meeting. A relationship between father and son seems possible. But then they go a step too far …