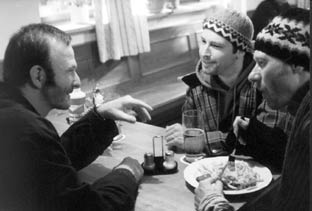 Somewhere in Upper Bavaria. In his frustration, Pastor Schöttl decides on a rather dubious method to fill his empty church pews: He asks a theatre group to re-enact biblical and other wonders – but nobody’s to realize it’s all just make-belief. Schöttl’s idea does the trick. From week to week, his flock grows. But then a figure appears who wasn’t cast in his script …