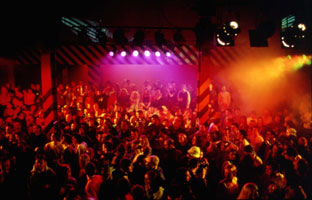 Manchester 1976: Cambridge educated Tony Wilson, a Granada TV presenter, is at a Sex Pistols gig. Totally inspired by this pivotal moment in music history, he and his friends set up a record label, Factory Records, and proceed to sign a number of bands destined to be some of the most influential artists of their time. First, Joy Division, who go on to become New Order; then come the Happy Mondays.